Spookmuseum is a ghost train in the style of a dilapidated museum.

"Spookmusem" is Dutch for "Haunted museum"

The was called 'Spookslot' (Haunted Castle) until 2009. For the 2010 season, the exterior of the ride was changed from an old ruin to a museum. The interior got an update in 2012.

Since the ride lacks a real storyline, but still remains to be a somewhat classical Ghost Train ride, the transistion from Spookslot to Spookmuseum does not qualify for a new ride. 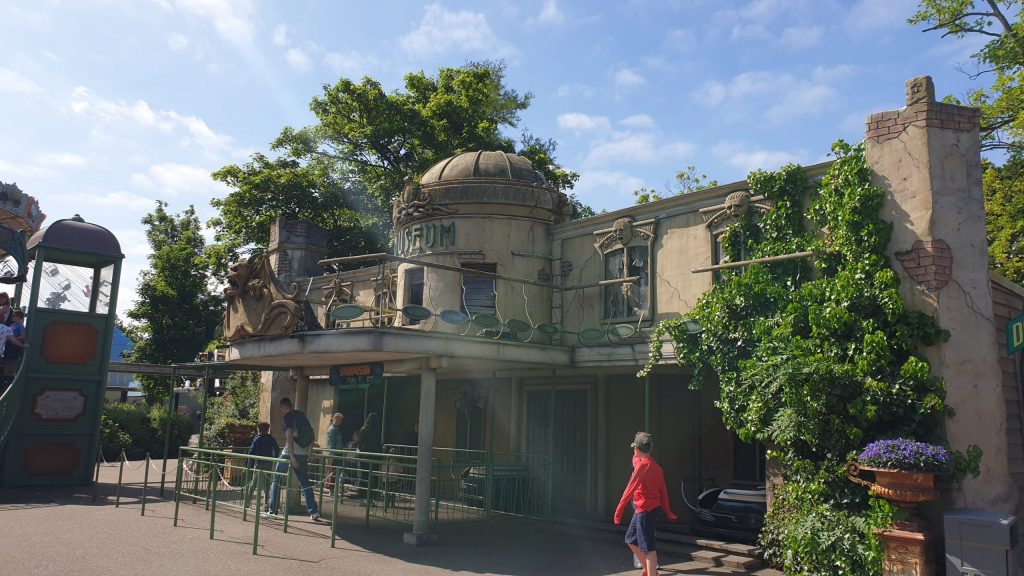