Timber Mountain Log Flume is one of the oldest log flume rides. It was developed adjacent to the Calico Mine Ride and has a similar western theme. During the ride guests sail along scenes of working loggers.

Originally the ride was called "Calico Log Ride", as its theme is similar to the adjacent Calico Mine Ride which was developed a few years earlier. The ride had a major overhaul in 2013, including the addition of new animatronics by Garner Holt. Since the ride's 50th anniversary in 2019 the ride has its own soundtrack developed by Krazy Kirk and the Hillbillies. 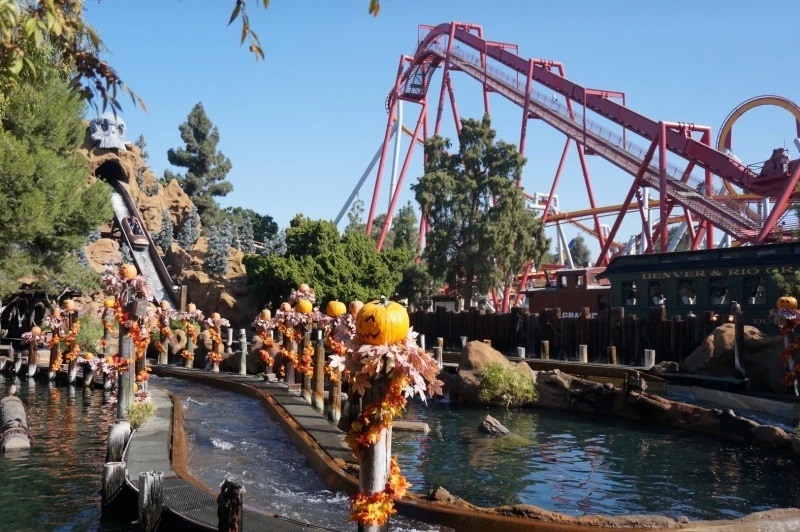