Although Schwarzkopf GmbH might be best known for its roller coasters and several flat rides, we also produce various types of ride systems for dark rides... we'll find the best solution for your park!

What is a dark ride?

A dark ride is an indoor experience in which guests board a guided ride vehicle and are taken on an immersive story driven experience by traveling through different scenes. We are storytellers and dark rides are the ultimate way to do so, incorporating a perfect and careful choreography of elaborate decor sets, sound, lighting, animatronics, special & visual effects and music. Through this combination you will plunge your guests into an unforgettable memory.

Who has not dreamt of flying through a fairytale world, or had nightmares of the idea of being tranported through a ghost world in a buggy following and endless route? Classic systems we developed many years ago, but that can still enchant theme park visitors nowadays. Our portfolio consists of suspended ride systems, endless chain systems and many more possibilities, all available in any preferred design. Feel free to contact us for the possibilities in your theme park.

Schwarzkopf GmbH started as a compnay building trailers for fun fair showman, but from 1954 onwards the company started building amusement rides as well. Under lead of Anton Schwarzkopf, son of the company's founder, the company built its first roller coaster in 1957, the Düsenspirale. Just a few years later, in 1964, Schwarzkopf constructed its first steel coaster in co-operation with Werner Stengel, which started a long-term collaboration between both parties.

The company became widely kwnown for its roller coasters, such as the first modern vertical loop coaster, Revolution in Six Flags Magic Mountain (1976). Schwarzkopf Industries GmbH experienced rapid growth throughout the 1970s, as its rides were well received and in high demand. In the 1980s, the company produced several transportable rides for travelling funfairs, particularly those in Western Europe, with a notable example being the Alpina Bahn in 1983. Dreier Looping (meaning triple loop in English) was built in 1984, and Thriller was built in 1986. Outside of Germany, the company partnered with Intamin, and many older rides credited to Intamin were actually designed and created by Schwarzkopf. Schwarzkopf suffered several business setbacks and suffered through several bankruptcies, with the first occurring in late 1983, leading to the abandonment of several upcoming designs and installations. While dormant during the mid-1980s, Peißenberg and Zierer stepped in to construct several of Schwarzkopf's designs, including Bavarian Mountain Railroad in 1987.

The company continued to produce flat rides and assist with roller coaster design for a number of years, and some popular releases during this time included the Bayern Kurve, the Enterprise, and the Monster. Schwarzkopf retired from the industry in 1995 and died on 30 July 2001 (aged 77) after battling Parkinson's disease for several years. 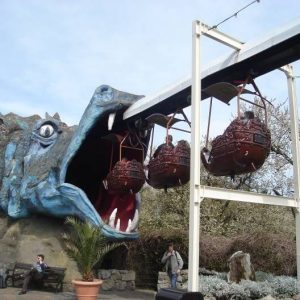 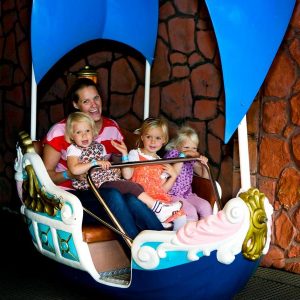 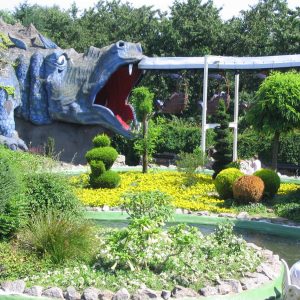 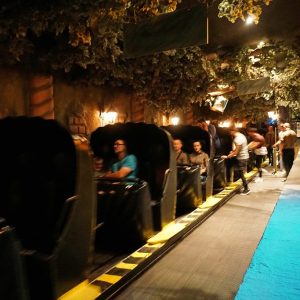