Revenge of the Mummy

Revenge of the Mummy is a combination of a dark ride and a launched rollercoaster, built entirely indoors, based on the film The Mummy. Riders are invited into the Museum of Antiquities where they join the film set of the fictional film 'Revenge of the Mummy'. They board the ride vehicles which start of in a dark ride section, where it becomes clear that the fictional curse from the film is actually real. Powered by the curse, the coaster train is launched into the roller coaster part of the ride.

The roller coaster is built by Premier Rides in co-operation with Dynamic Attractions, who delivered specific track switches. 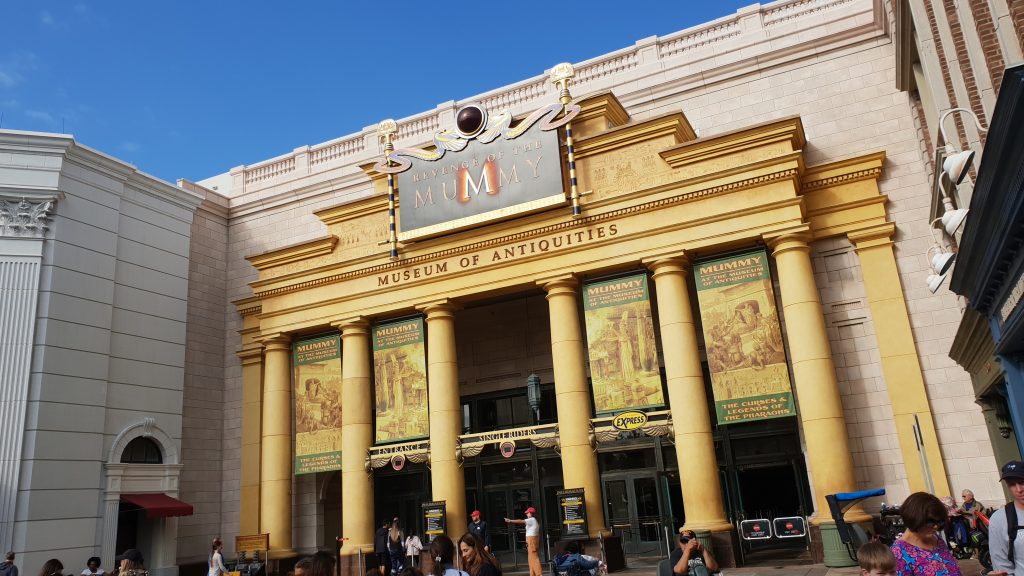 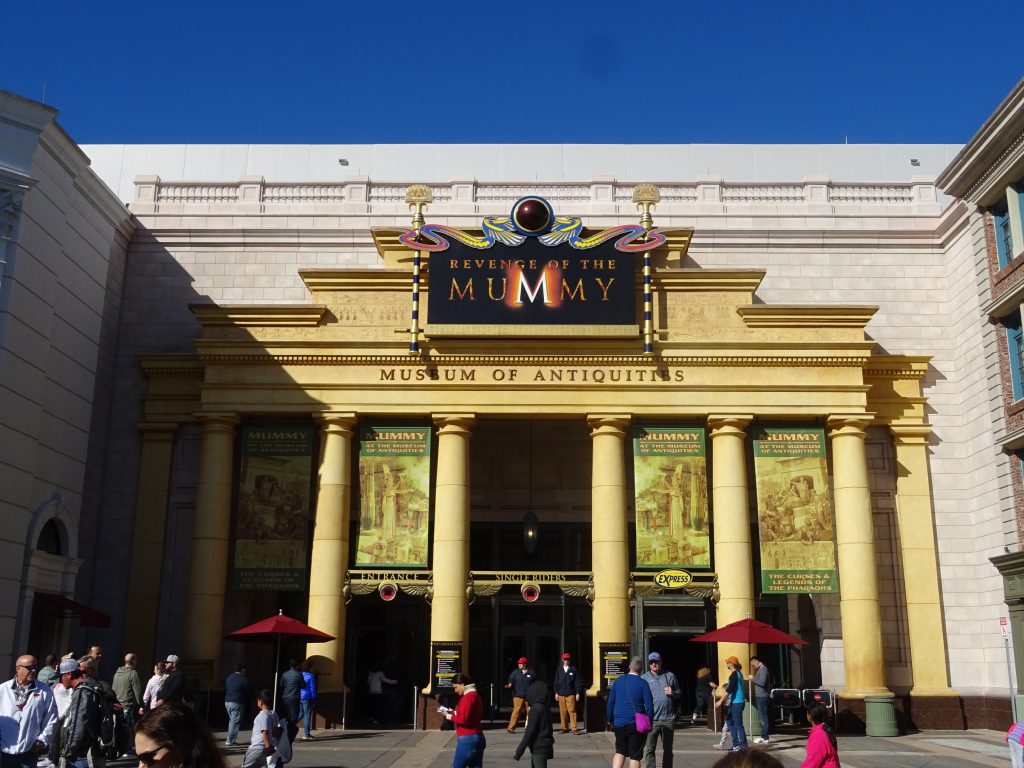