加勒比海盗——沉落宝藏之战 / Pirates of the Caribbean: Battle for the Sunken Treasure

This ride is based on the Disney's Pirates of the Caribbean film franchise. Riders enter an old fortress, where they are invited to step aboard pirate boats. They sail through abandoned caves and eventually encounter characters from the films.

The ride uses a unique ride system that controls the speed and direction of the boats, because these are mounted on vehicles riding on underwater rails. Apart from that the ride uses large projection scenes to bring riders straight into the action, depicting amongst others a battle between two pirate ships. 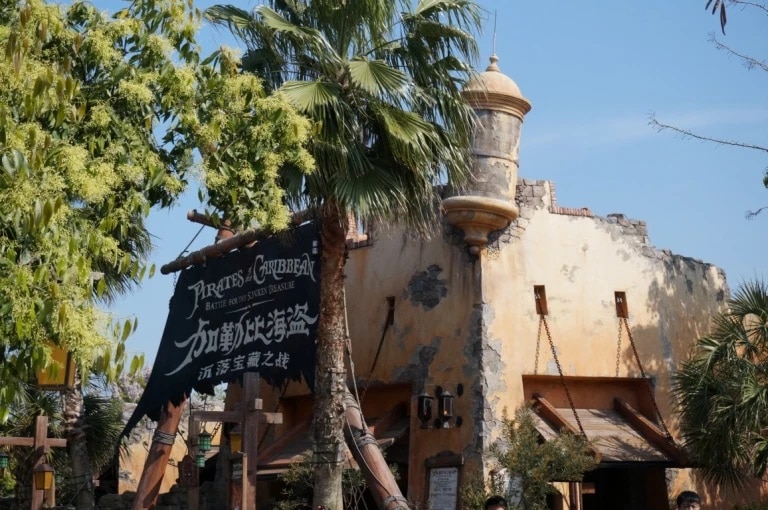 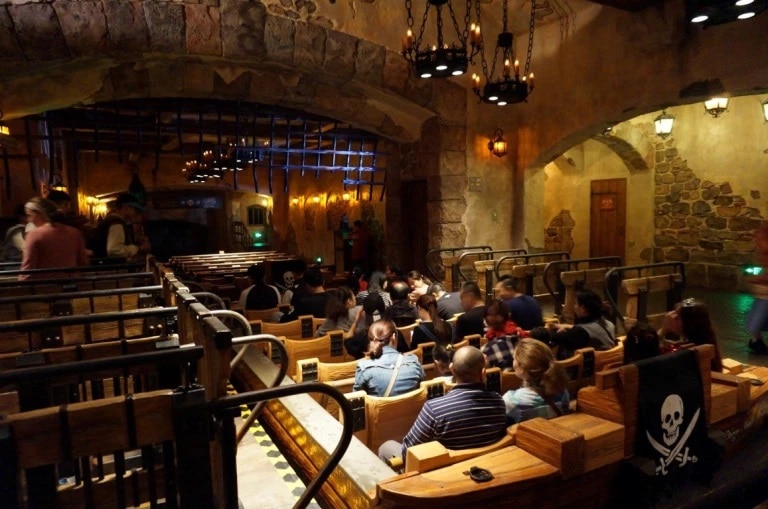