In Monster Mansion, riders are invited to join a Monsters' picnic, one that humans are now allowed to visit. During the ride many friendly monsters are introduced, but the boats also dwells down a river that leads the guests to some rather more terrifying monsters.

The ride uses the Arrow ride system which was built in 1967 for the "Tales of the Okefenokee" dark ride. In 1980, Six Flags asked Gary Goddard to give the ride a complete overhaul, creating a new storyline and theming. The ride opened as Monster Plantation in 1981.

In 2009 the ride got a major refurbishment, executed again by Gary Goddard and some of his employees who also installed the ride in 1981. Even though the storyline remained the same, the whole ride received new techniques and effects. Since this refurbishment the ride is known as Monster Mansion. 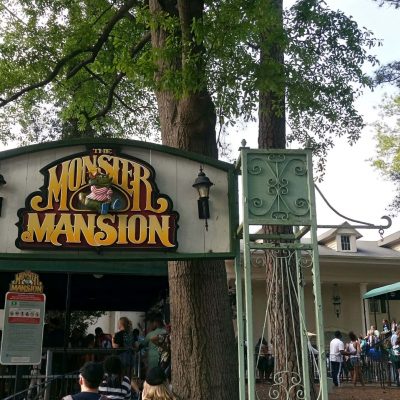 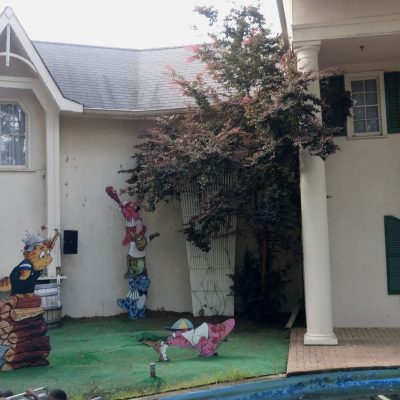