This ride is based on a tale from Greek mythology. The Minotaur was a creature - part bull, part man - who was a ferocious creature. He was locked away in a labyrinth which was impossible to exit once entered, but was fed with men every year. Eventually he was slaughtered by Theseus, who used a ball of thread to find his way back.

In the ride, guests are challenged to enter the labyrinth and face the challenges within. The are armed with guns which they use to shoot targets along their way. There are a total of 52 animatronics in the ride. The building is themed at The palace of Knossos.

"Laberinto del Minotauro" is Spanish for "Labyrinth of the Minotaur"

The dark ride had two early exits, where the car deviates if you do not reach a certain number of points at certain moments of the route. These exits were only operational the first years. They are currently disabled and all visitors complete the entire tour. Also, in first year, there were two pre show rooms, they are currently not in use. 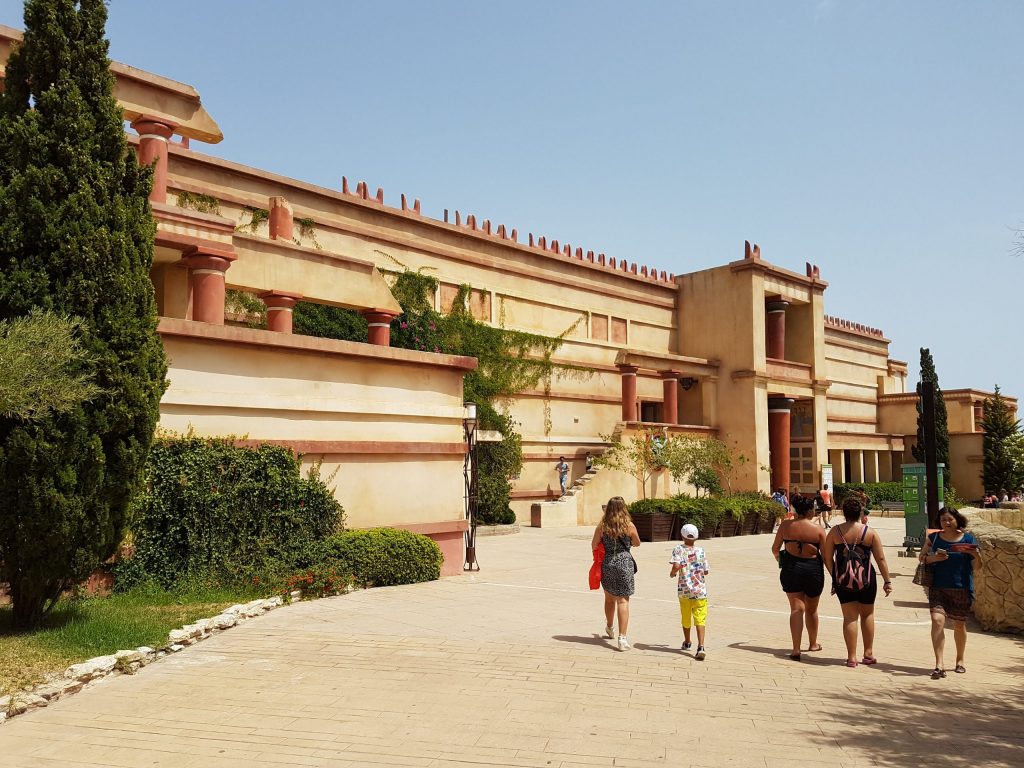 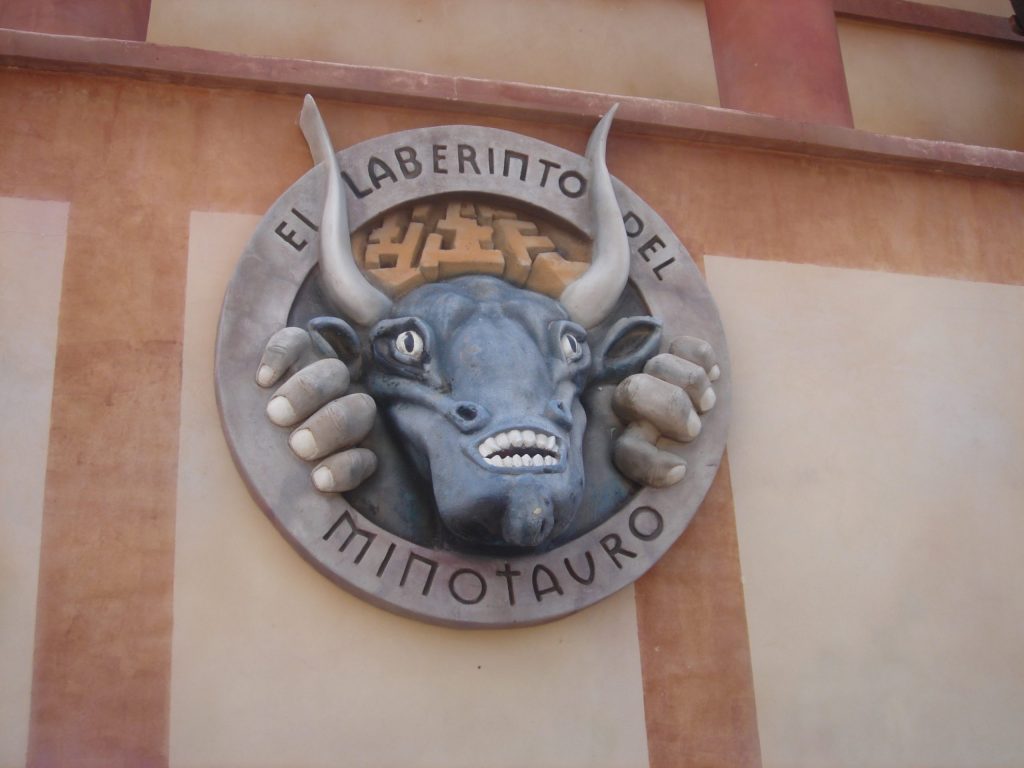 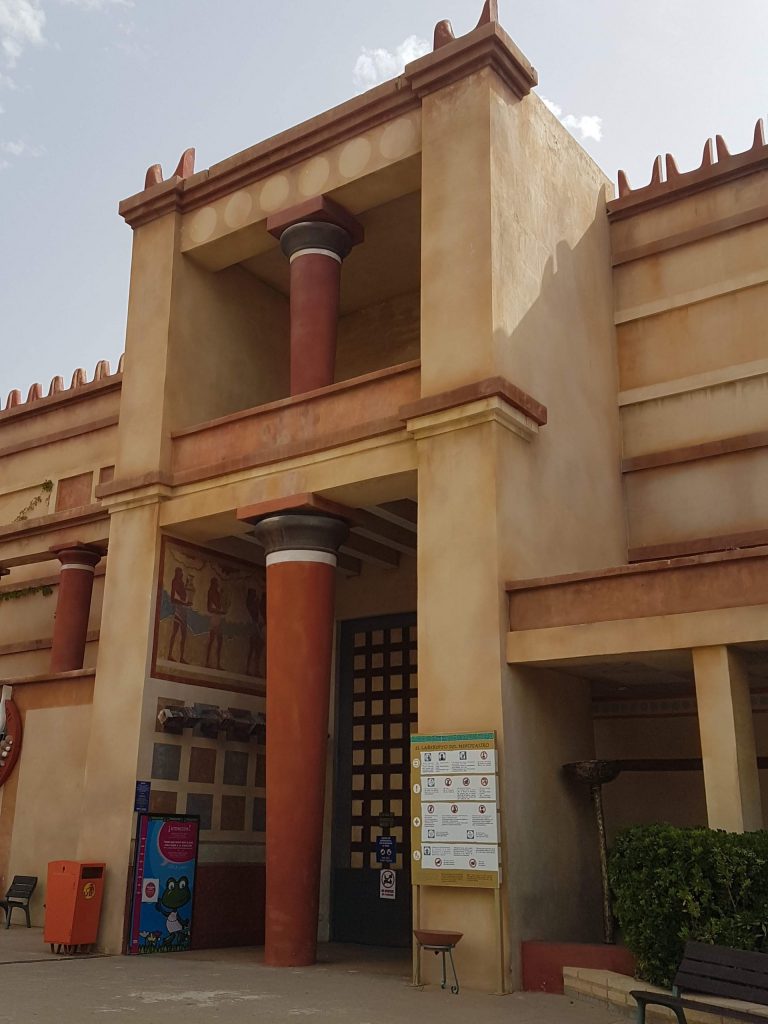 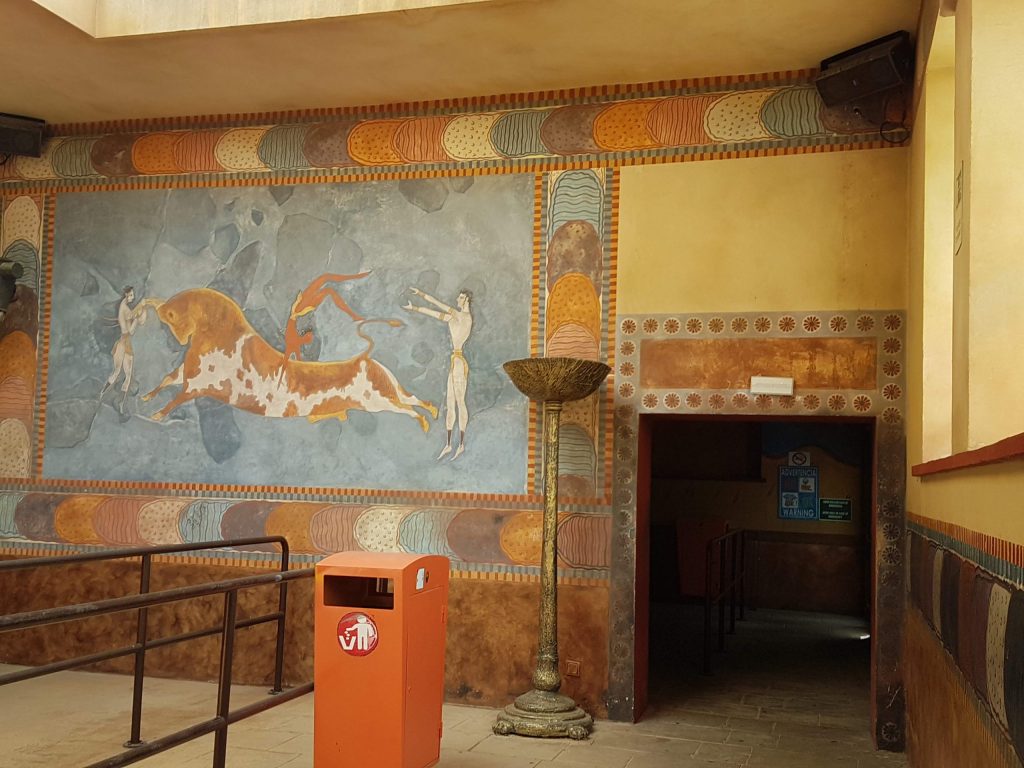 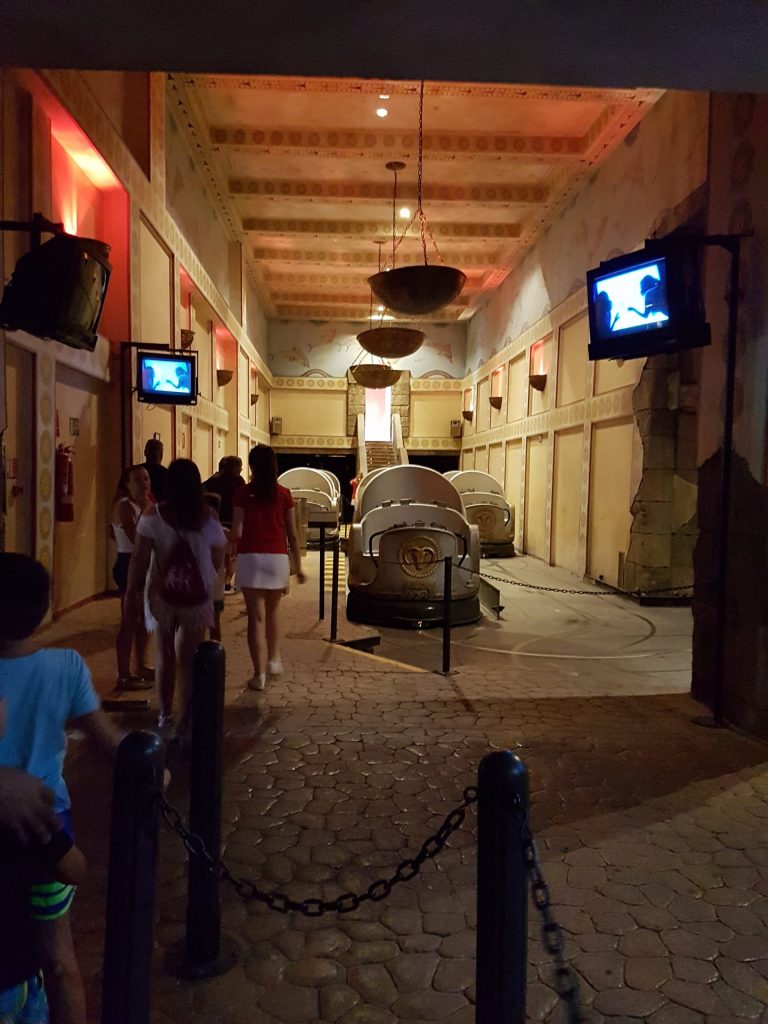 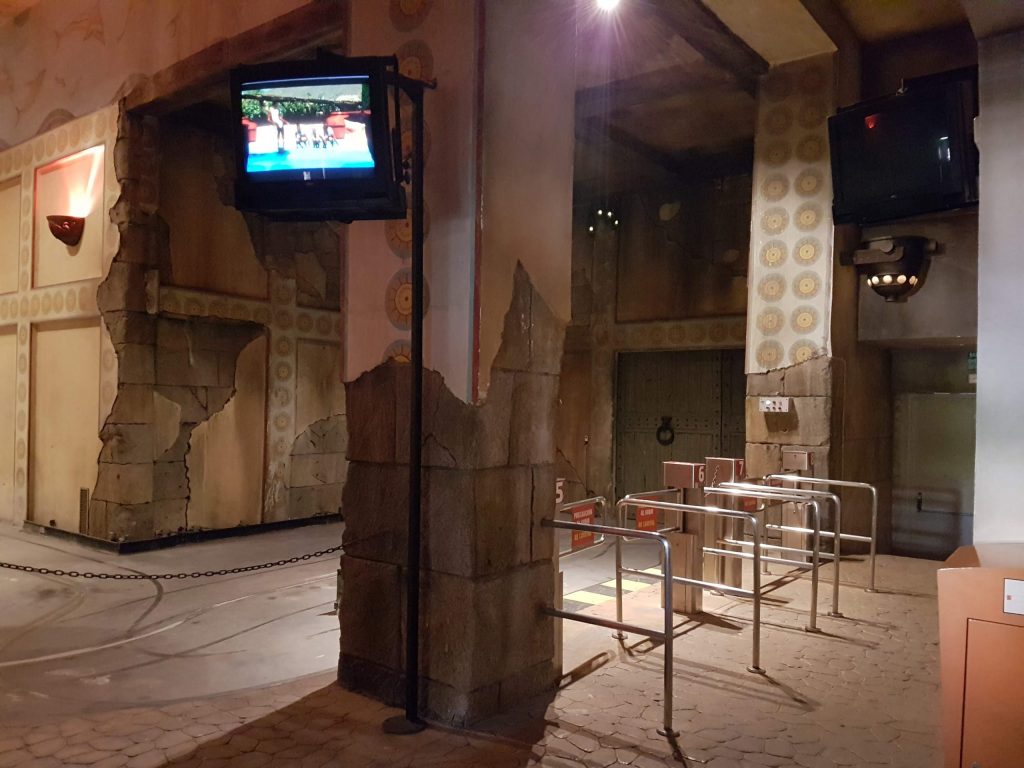 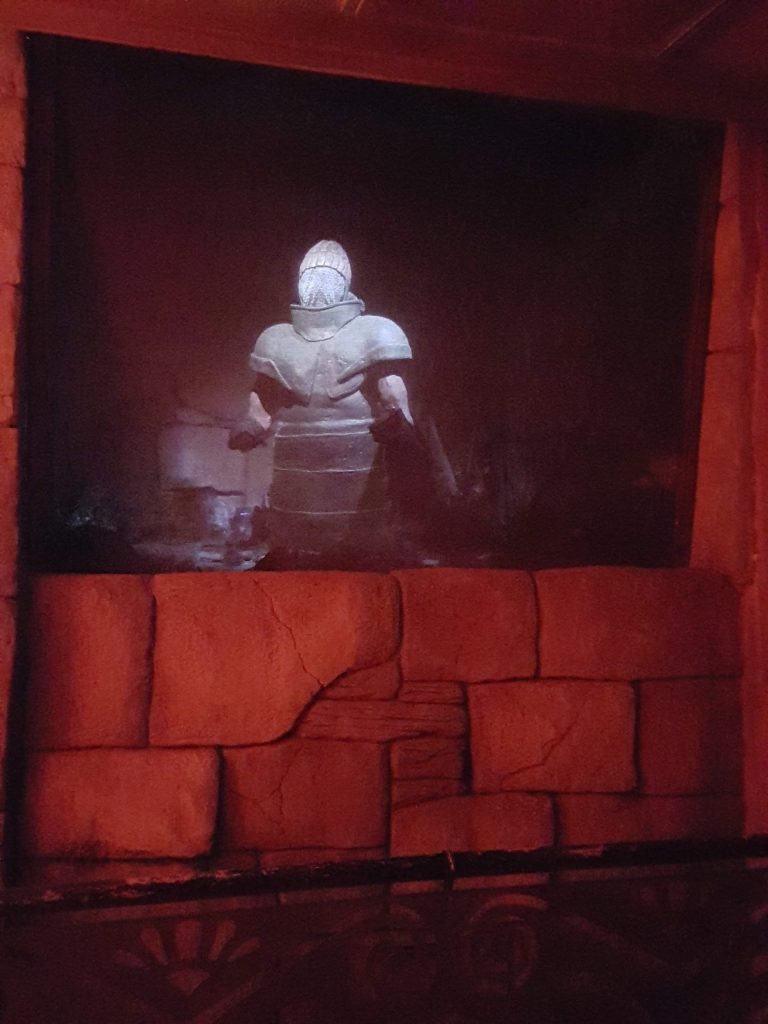