Dragon starts with a dark ride section, with animatronics made out of Lego depicting scenes from a medieval castle. In the end, riders meet a large dragon, after which the ride turns into a family roller coaster.

Before Merlin Entertainment took over Cypress Gardens, the Dragon was a standard Vekoma Junior coaster called 'Okeechobee Rampage' that opened in 2004. During the conversion of Cypress Gardens to Legoland Florida, the ride was extended to include a dark ride part between the station and the lifthill.

Most Legoland theme parks feature a Dragon-styled semi-dark ride rollercoster. The first was constructed in Legoland Billund as Dragen (1997-present). 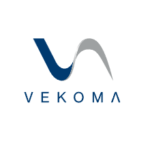