Calico Mine Ride takes its riders in a steam train to an old mine. The ride is largely indoors but some scenes are placed outdoors, which classifies the ride as a semi-dark ride.

This ride was developed by Bud Hurlbut. A few yeras later, the park asked him to develop another ride adjacent to the Calico Mine Ride, which became the Timber Mountain Log Ride. Both feature a similar western theming.

This classic dark ride received a major overhaul in 2014, including the addition of new animatronics by Garner Holt. 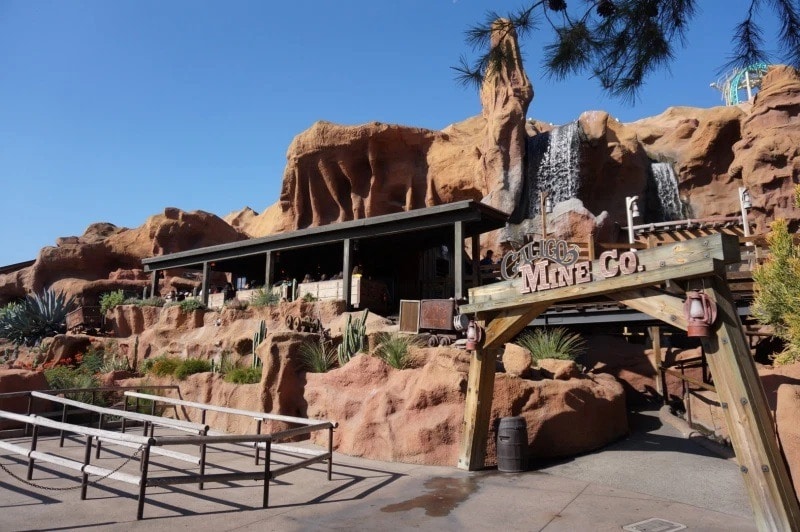