Blå Tåget is a ghost train in cartoony style.

The first version of this ride, called Skräckexpressen, opened in 1932. It was built completely out of wood and was destroyed during a fire in 1935. In the same year, the ride was rebuilt as Blå Tåget ("Blue Train"). This ride operated until 1967, when is was replaced by Spökliften (Ghost Lift). That ride however never became really a success, and in 1982 a new version of the Blå Tåget was built by Zierer.

This ride operated until 2009, when it was completely destroyed to make room for wooden rollercoaster Twister. The dark ride was completely resurrected with a stronger concrete structure in order to serve as foundation for the rollercoaster. The new ride system was built by Gosetto, but the designer for the decorations was the same as in 1982: Magnus Sörman. Some of the decorations of the 1982 ride were re-used for the new ride in 2010. 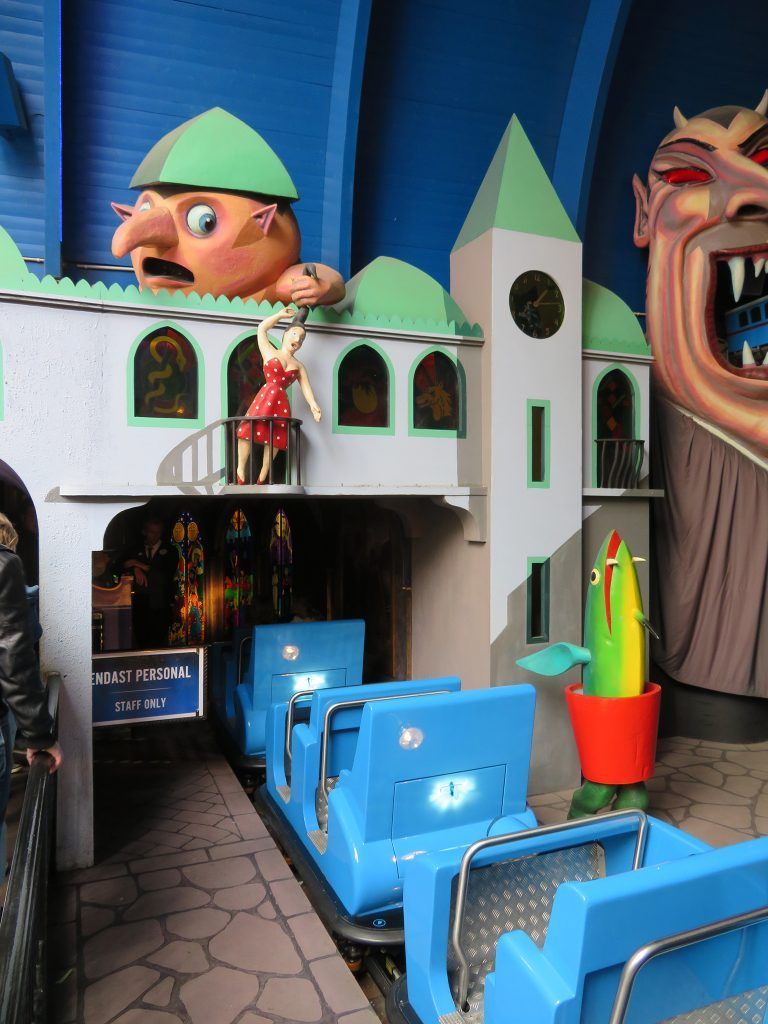 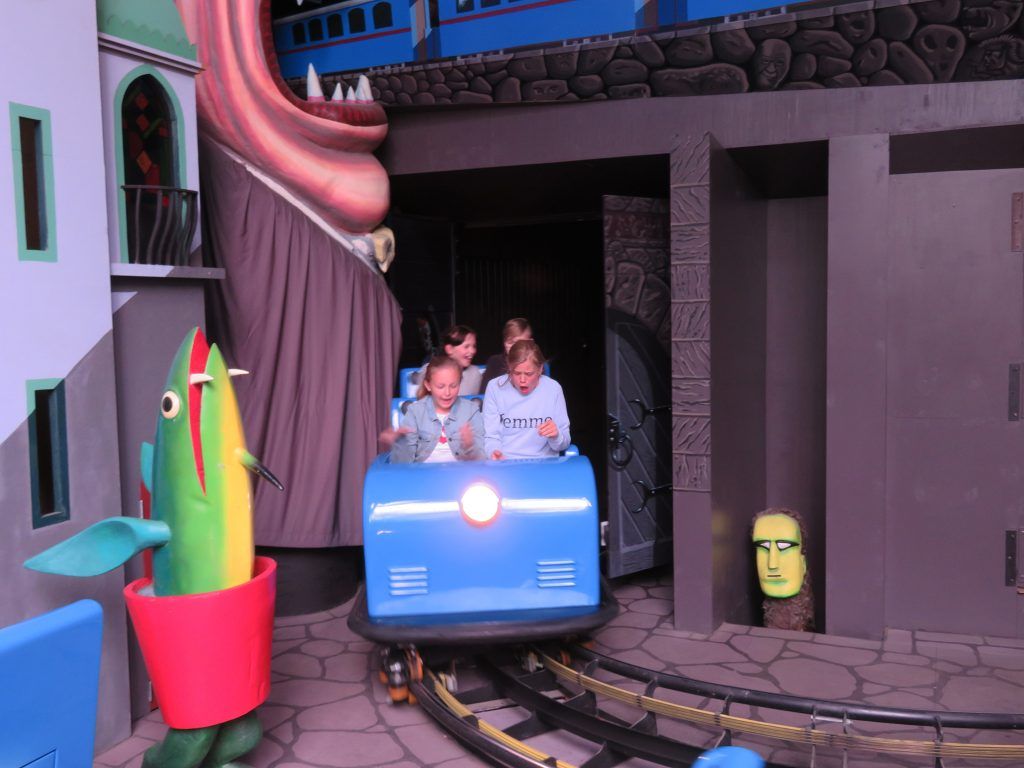